You have never been to Europe, yet consider going there for your first visit.

Europe is a continent rich in culture, history and art. Almost everywhere in the countries of Europe, There is so much to explore.

So here are the cities that you absolutely cannot miss if you are planning to visit Europe for the first time.

YOUR FIRST TIME IN EUROPE

My first advice to travelers visiting Europe for the first time would be to choose fewer destinations. In other words, focus on a few specific destinations so that you can give the necessary time to each destination.

Europe, unlike Asia, is the kind of continent where the slower the visit, the better. In my opinion, there is no point in visiting Paris for a single day. The capitals of Europe are so filled with history and culture. You will need to devote at least a few days to explore each of them. I will recommend four or five days for each destination.

To travel between countries in Europe, the train is the easiest and most convenient way, but a rail pass is also tempting. The slow pace of cruises and ferries impresses many people because it allows for more observation. There is also no shortage of Low-cost planes. But you will spend a lot more time in transit. To this, we must also consider the journey between the center of the city and the airport.

Here is how we divide the countries of Europe:

When thinking of Europe, many people immediately think of Western Europe. Western Europe therefore remains the most obvious choice for first-time travelers. In fact, it is here that we find the most emblematic cities, historical and cultural cities. So what are the best cities to visit in Western Europe? 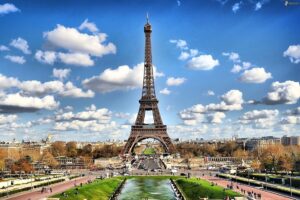 Paris, the French capital is one of the most beautiful cities in the world. Every year, I try to visit once to learn a new pastry skill, and especially to fill my cheese addiction. 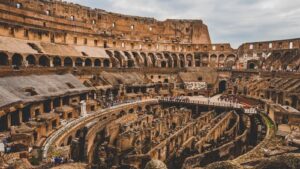 Rome, the Eternal City, is a must visit for novices in Europe. Don’t leave Rome without visiting the Colosseum, Vatican City and the Pantheon. 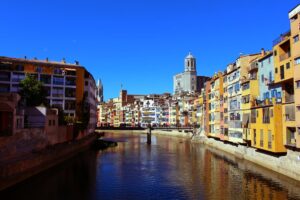 It’s a fairy world, you will find all the colors there. Gaudi’s architecture is widespread throughout the city and tapas, served as an aperitif, are everywhere. Barcelona is the perfect city for postcards. 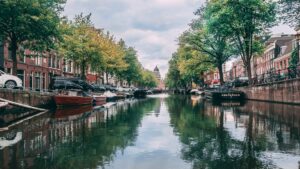 “Amsterdam does not leave me” sings Jacques Brel.

In my opinion Amsterdam is even more romantic than France. The city is built on canals and has a unique flair like no other city in Europe. It is definitely a first choice for beginners! 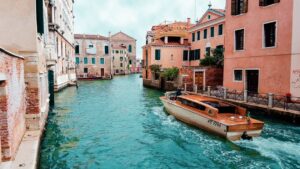 If Venice is really sinking, then get out before it sinks!

Evenings in Venice have always amazed me, especially during the summer months. But if you’re not too keen on crowds, go in winter or shoulder season.

If you are looking for an adventure that is a bit off the beaten track but still with beautiful cities, head to Central Europe. There is so much to offer in the heart of Europe and it starts with Prague’s mix of medieval, Gothic and Baroque architecture. 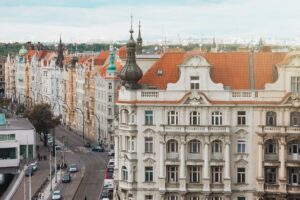 Prague is an amazing city all year round. Personally, I prefer to visit Prague in winter to see the famous Christmas markets and discover the city under a wonderful blanket of snow. 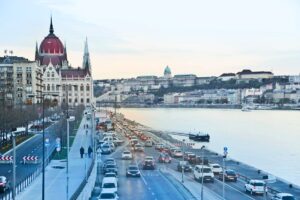 Another gem of Central Europe is Budapest. It is the largest city and the capital of Hungary. For a long time, this city did not impose itself too much, but now, with its popularity, Budapest has become a popular choice for novices. You will need at least four days to explore this city. 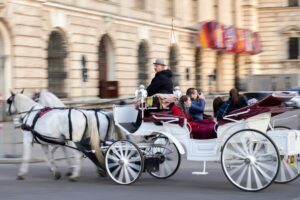 Vienna is the capital of Austria. It is an imperial city. Behind its facades, there is so much to discover. Here again, dedicate four days to discover all that Vienna has to offer. I suggest you make additional stops in Salzburg, home to the sound of music, and Hallstatt, the paradise lakeside village.

Berlin, the capital and largest city of Germany. This city has a turbulent past, but it has undoubtedly promised a future. There is a lot to discover in this eclectic city. Consider visiting the Berlin Wall, Badeschiff, the Floating Pool on the River Spree, and the Holocaust Memorial Labyrinth.

If money isn’t an issue, Northern Europe has some of the most picturesque towns to explore. You will need to be prepared for the cold if you visit Northern Europe during winter, but it is arguably the most magical season to visit. 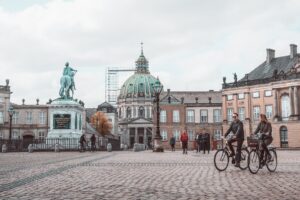 Copenhagen is the capital and largest city of Denmark. It is considered the most expensive city in Europe. Allow yourself at least three days in this city and even more if you can afford it. 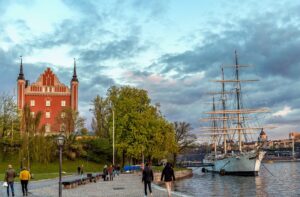 Stockholm for me is a living museum, especially in the old town. There you will find countless art galleries and museums just as you stroll through its streets.

This is why Stockholm is considered the street fashion capital of Europe. 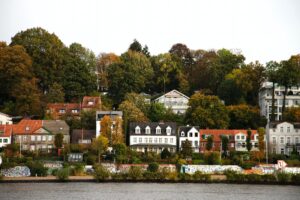 I have always loved stopping in the capital of Finland for the simple reason that, on the one hand, I find air connections more accessible and more affordable. And on the other hand, it is an excellent ferry port to Tallinn in Estonia. I think the city has become very fashionable recently, especially as creative young locals are opening up coffee shops and pastry shops. 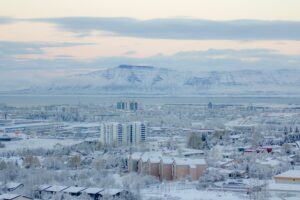 Reykjavik is an ideal stopover for low-cost flights to Europe. The capital of Iceland offers inexpensive stopovers very popular with Americans. Choose a week to see the highlights of Iceland. 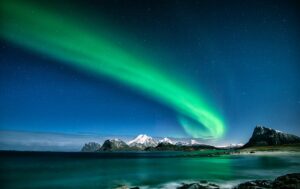 Another great city for beginners in Northern Europe is Oslo in Norway. Oslo is ideally a gateway for a road trip across the country. In my opinion, this is the most affordable way to see Norway. Go at your own pace, spend more time in small towns and admire unusual landscapes.

Eastern Europe is full of hidden gems. While not always the first choice of travelers, it is a region that remains, to its charm, like Central and Western Europe, nothing short of impressive. 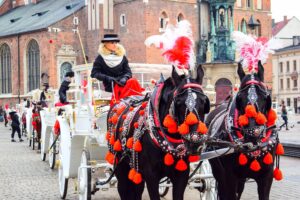 If there is one city in Eastern Europe that most European visitors visit for the first time, it is Krakow. An ideal place to visit the Auschwitz and Birkenau concentration camps. Is it true that this is a terrible moment in history, the visit is a mark of respect and it is your chance to really understand the facts of WWII better. 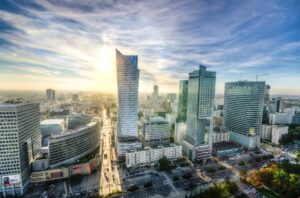 After visiting Krakow, do your best to go to Warsaw too.

Warsaw is the capital of Poland. Indeed, this city has had an eventful past. Warsaw was destroyed and rebuilt in several stages. It should be noted that 84% of its buildings were destroyed during World War II and Warsaw was reborn from its ashes.

Many travelers have not even heard of Riga, the capital of Latvia. But this little town is a gem. There are affordable flights via Riga. I advise you to visit the maze of narrow cobbled streets of the Old Town. You will get lost in its narrow streets and charming houses. 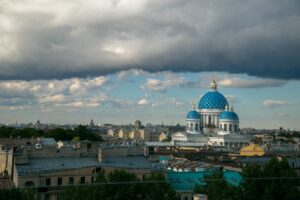 Saint Petersburg is one of my favorite cities in Europe. As the former capital of Russia, there is a lot of aristocratic history here to discover. Start by visiting the Hermitage Museum, then continue to the Summer Palace.

Hardly anything replaces the charm of the UK when the rain is falling and people are comfortably seated in cafes and tea rooms. 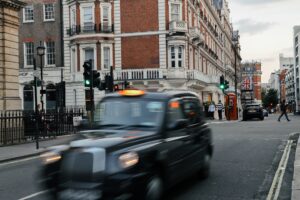 If this is your first time in Europe, be sure to visit the city of London. So take four or five days to admire its countless sites and attractions. 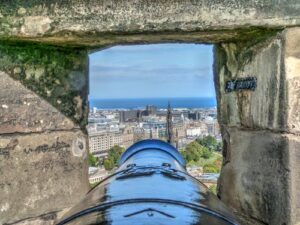 This is the city I recommend you visit if you are looking to further explore the UK beyond London. The Harry Potter film made the city of Edinburgh even more famous. This is where J. K. Rowling wrote much of the first Harry Potter book!

THE BEST CHOICES FOR YOUR FIRST TIME IN EUROPE

We have therefore listed several European cities that new travelers can visit on their first trip to Europe. We are therefore going to conclude, quoted the best choices for your first visit. Here they are :